In Hollywood, it’s common to re-visit a successful screenplay two, or even three times. The ‘re-make’ is an integral part of the film industry. That’s entertainment; in theatre, the trend is even more pronounced. How many times have we sat through “Waiting for Godot”, “Juno and the Paycock” or “A Midsummer Night’s Dream”? Although no one can argue that each performance may be unique and individual, this habit of re-hashing old themes can sometimes act to stifle innovation. At the other end of the scale, of course, we see an eruption of the bizarre; avant-garde productions hovering somewhere in the hazy territory between performance and art, and tending to make their presence known at fringe festivals around the world. While fresh and innovative, they sometimes lack finesse, or entertainment value. Somewhere in the middle lies the recent One Productions / Guna Nua collaboration, “Skin Deep”.

Sometimes it takes courage to break the mould. But that’s exactly what Guna Nua Theatre Company and film and tv production company One Productions did when they began work on their summer hit, “Skin Deep”. The piece featured a brand new script and married live performance with multimedia in a thoroughly entertaining and visually exciting piece. Audiences responded by voting with their feet, filling the venue for the unknown play’s three-week run at the Project Theatre last summer.

Unlike many attempts to engage with new technology, the results were in no way gratuitous, exclusive or inaccessible. In fact, the play was very entertaining to watch. Use of the projection screen, live video recording, soundtrack and lighting were well thought out, and added to the performance, rather than distracting from it. So how did One Productions and Guna Nua manage to pull off this delicate balance?

The answer lies firstly with the unique experience and backgrounds of the contributors. Guna Nua is a well-known theatre company with a name for quality and innovation, previously witnessed in stage hits ‘Taste’ and ‘Scenes From a Water Cooler’. They took care of the acting part. The co-producers, One Productions, are experienced producers of film and TV, and well versed in the more contemporary multimedia arts. This partnership gave expertise in both fields, rather than a bunch of actors trying to get their heads round live video feeds, or a film production company trying to fathom stage-craft from scratch.

The second thing “Skin Deep” had on its side was time. Enough time for the idea to mature. The script was in development for nearly eighteen months. After Guna Nua and One Productions Directors Tom Hopkins, Paul McDonnell, David Parnell and Paul Meade came up with the idea for “Skin Deep”, their first challenge was to develop a script which would incorporate live acting and multimedia. They developed the idea part time, over a period of twelve months, taking time to think the various elements of the production through in detail. The results were a two-page synopsis of the story.

Arts Council development funding of 12,000 Euro was essential to the process. With this came the opportunity to develop the script in collaboration with actors, who were locked into a rehearsal room for two weeks with the synopsis, a projection screen and a video camera. From this intensive workshopping process, the draft script and the ideas for use of video technology were established.

Every Sunday for the next six months was spent refining the results, which were finally handed over to Paul Meade of Guna Nua to polish up. Based on this final version, the Arts Council parted with another 20,000 Euro; enough to get the production on to the stage, but not enough to see it through its three week run. Another 40,000 Euro would be needed for that, but One Productions and Guna Nua were certain they had a product that would go the distance. The play was booked in to the Project Theatre, Temple Bar, for a three week run.

The initial script and workshopping process resulted in a carefully planned and highly effective approach to media cross-pollination. By the time it hit the stage, “Skin Deep” boasted a twelve-metre wide video projection screen, showing a mix of photographic images, live performance and pre-recorded footage. It also had two live video cameras and a vision-mixing desk, giving a sort of ‘TV Studio’ set-up for director Tom Hopkins, and One Productions musician Paul McDonnell had produced a polished, movie-style soundtrack. Cunning use of floor lighting, in combination with the projected backdrop, meant that the minimalist set pieces could be quickly altered to produce a staggering range of ‘sets’ – from a morgue to an airport arrivals lounge. From the opening act to the movie-style credit sequence, the production was visually and technologically superb.

During the performance, actors frequently engaged directly with the cameras – picking them up, looking into them, holding the cameras in their hand. Everything was projected onto the screen in real time. The result? Theatre with close-ups. And the difference it makes to the audience’s engagement with the subject is amazing.

The use of pre-recorded footage also added to the piece. Swirling dance visuals, photographs from an airport, a stream-of-consciousness glimpse into a character’s inner visions – all added to the visual impact, and the depth of the audience’s experience.

Although brand new, and co-produced by a company new to the theatre world, “Skin Deep” proved its credentials, pulling in a constant stream of crowds during its three-week run at the Project Theatre, and breaking even in the process – a difficult feat for a first production, and especially an unknown script, as any theatre insider will tell you.

But what made “Skin Deep” such an instant success? Clever use of technology certainly added a memorable feature to the production, making it accessible to a wider audience than traditional theatre. But the modern themes of the script – credit card debt, ‘shock’ art, gossip columnists, fashion photography and drug use, while in no way gratuitous, also made the script relevant to a modern-day punters. Maybe theatre audiences are a little tired of harking to the past – the equivalent of living in a Merchant Ivory film – and are keen to latch on to something fresh and contemporary. That’s certainly what One Productions and Guna Nua offered them. Theatre has now officially entered the twenty-first Century.

Whatever the reasons for their success, the hard work of One Productions and Guna Nua has paid dividends. The play has won the Stewart Parker award for best new writing and was nominated for two Irish Times EBS Theatre Awards – one the Special Judge’s Award for ‘Best Use of Multimedia in a Stage Production’, the second for ‘Best Lighting Design’. 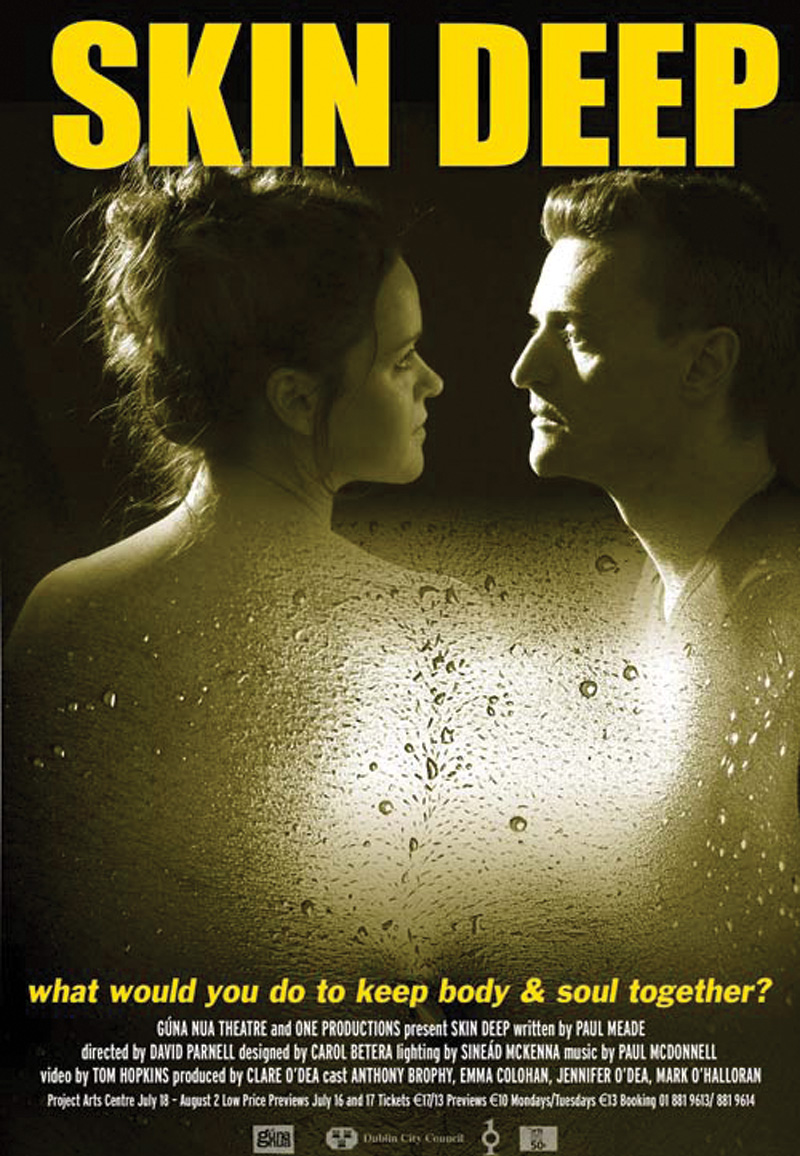 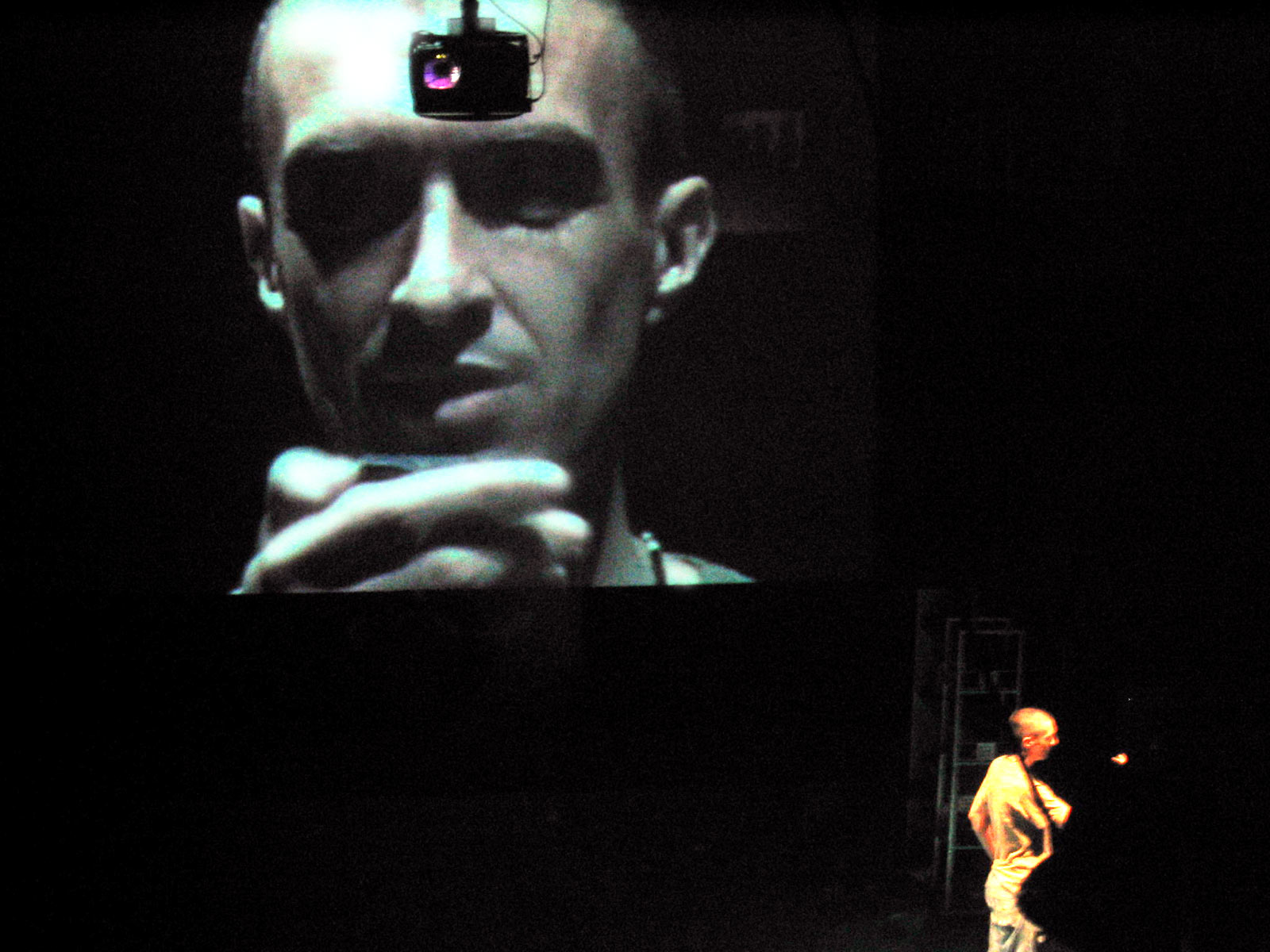 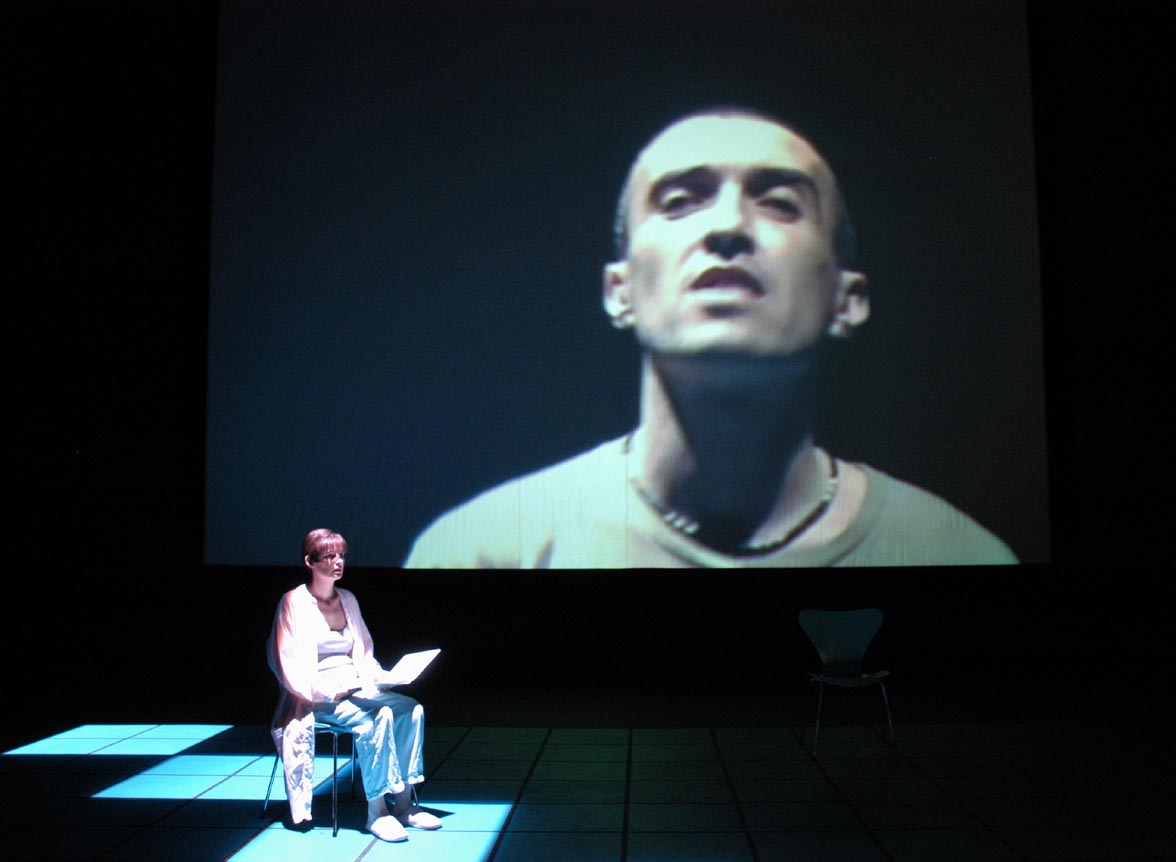 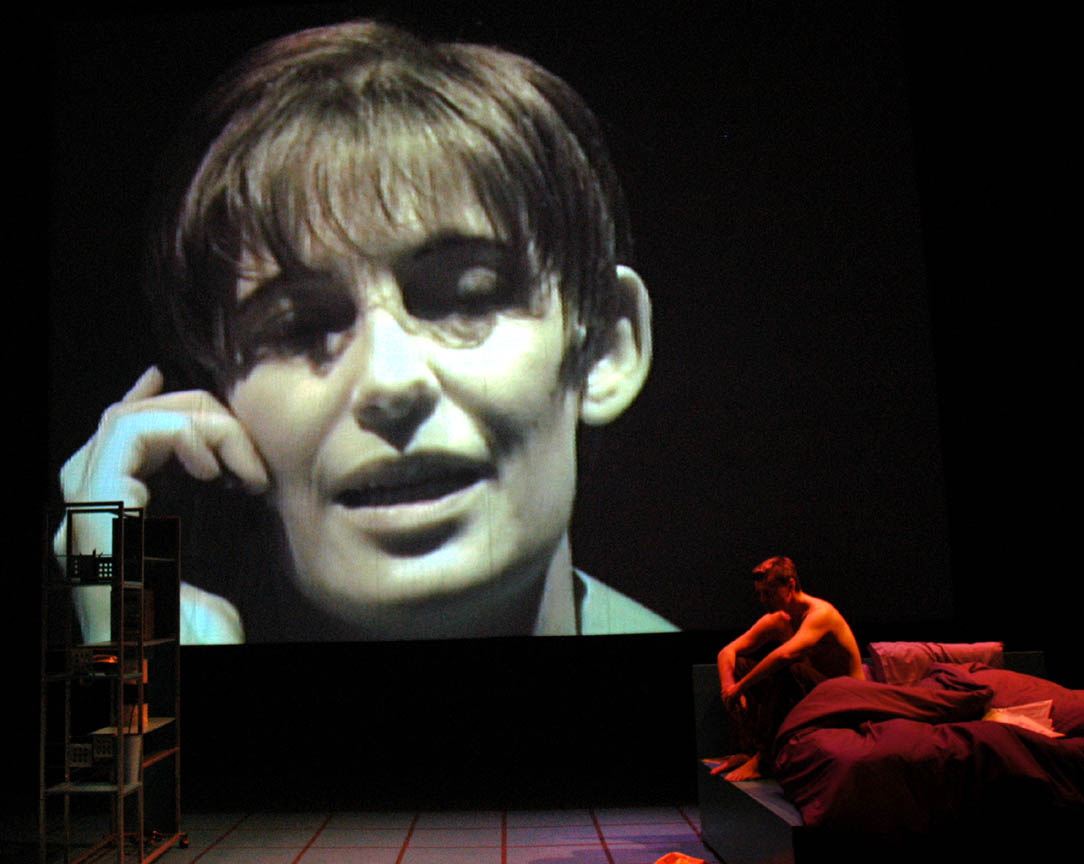 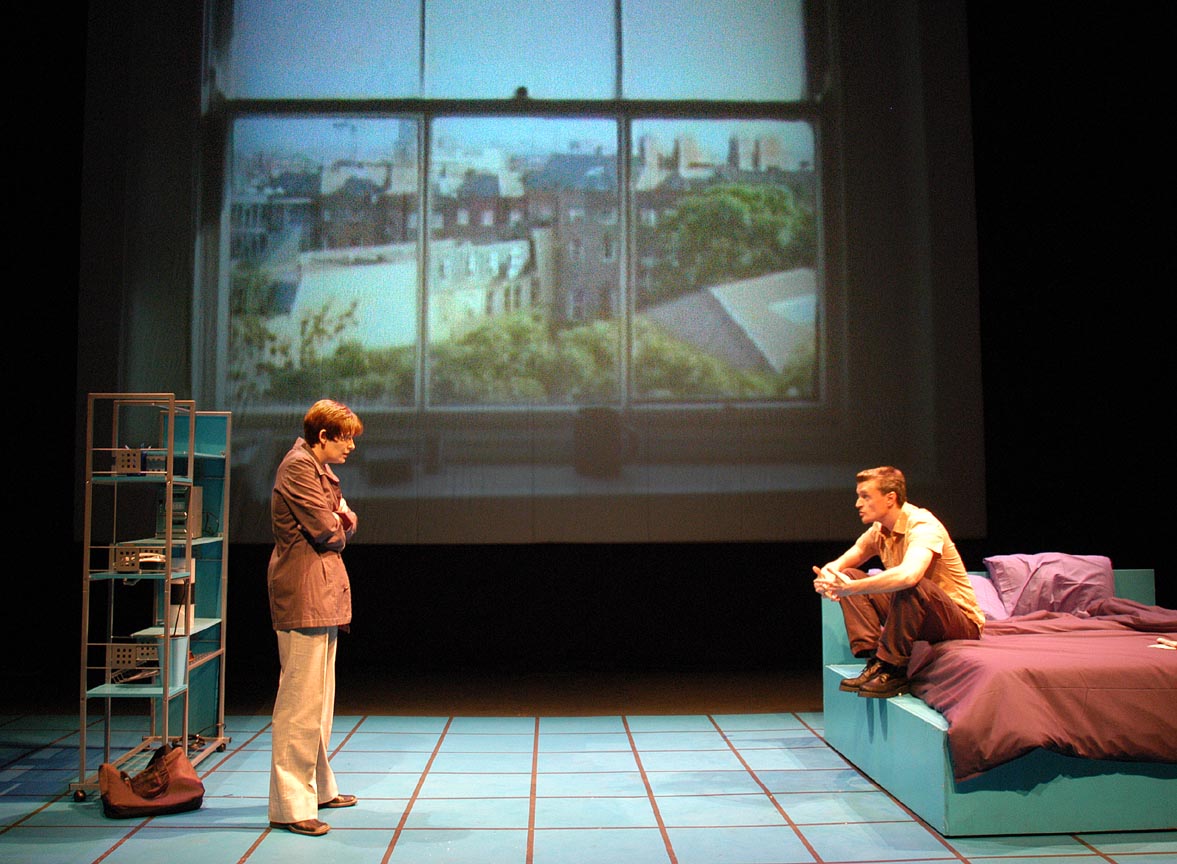 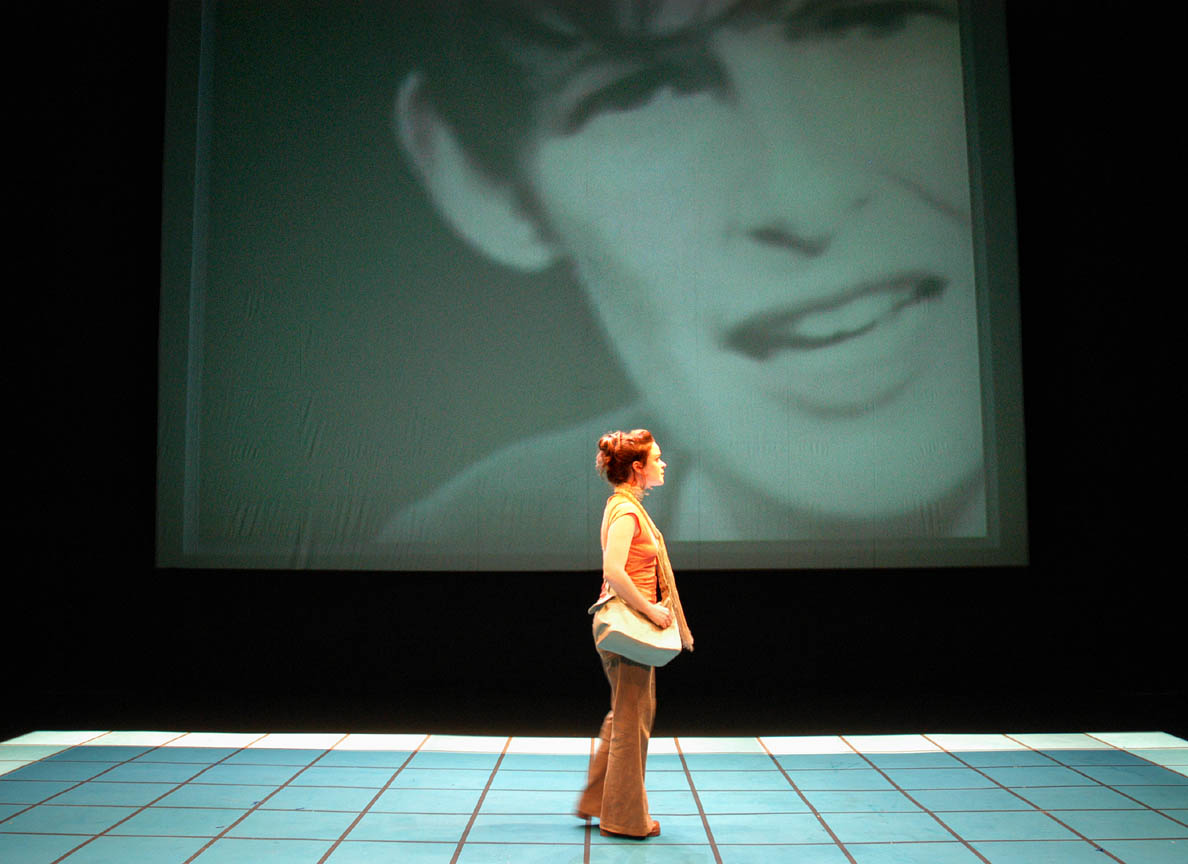 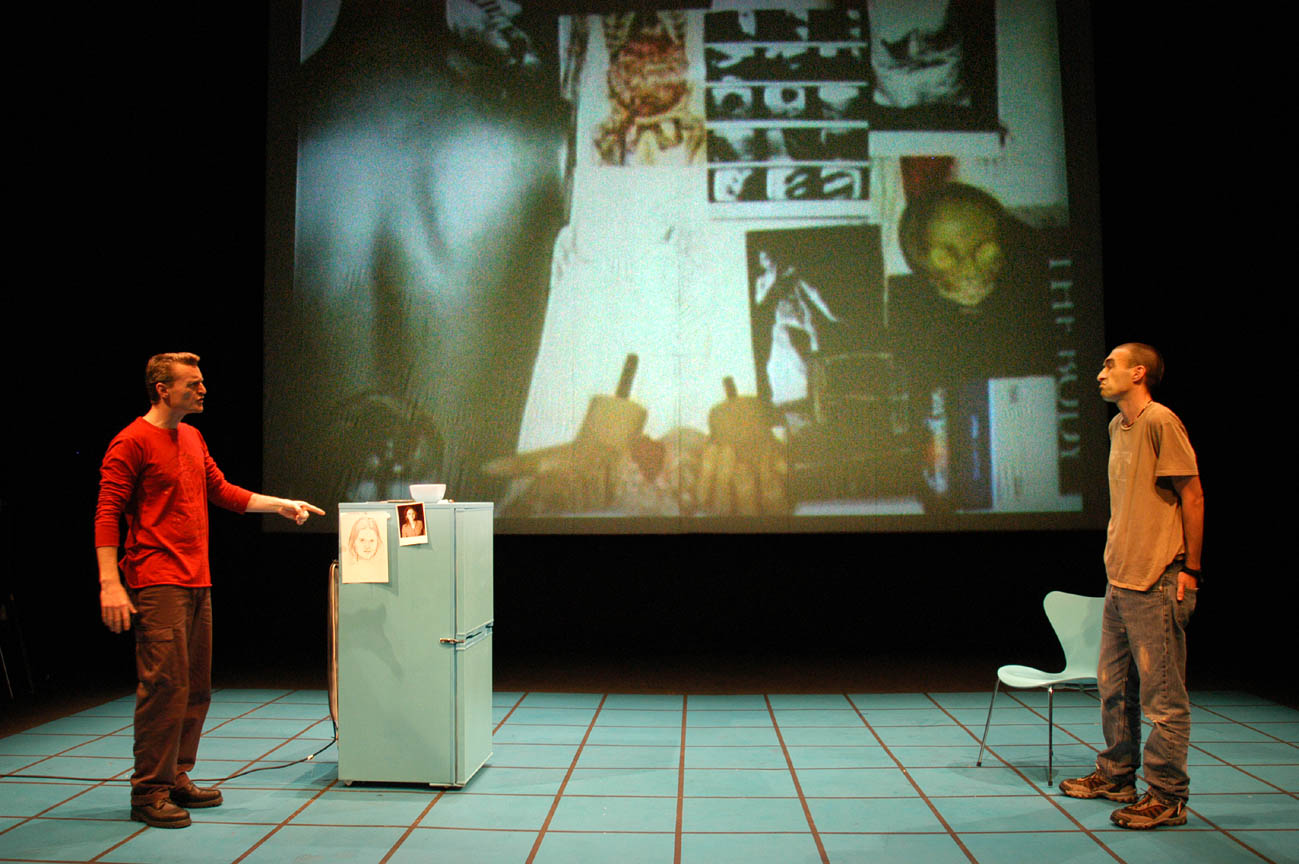